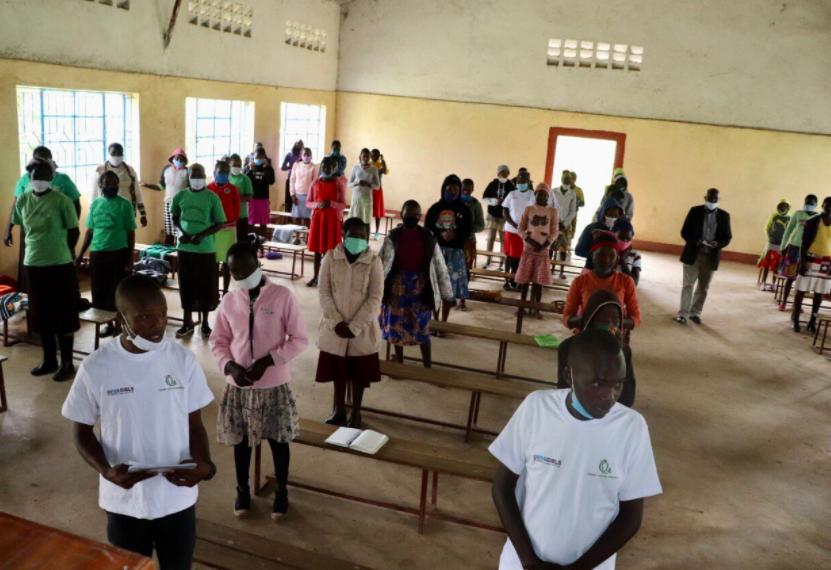 School dropouts among the Ogiek girls

There has been an increase in teen pregnancies, especially during the lockdown. Reports from data managed by the government health information systems show that teen pregnancies have gone high between January-May 20201. The reports are not appealing as the results might be higher than those recorded by the health information systems. The lockdown and the restriction of movement in the country has made access to health care facilities challenging, and with a matter of fact, it is not all them that visit health care facilities.

The situation is, however, worse for the young girls from indigenous peoples. A demographic characterized by low development, marginalization, limited access to social amenities such as health care services, negative cultural practices such as Female Genital Mutilation(FGM), evictions from time to time has rendered the IPs to live in abject poverty. The IPs in Kenya include; Ogiek, Yaaku, Sengwer, Sanye, Maasai Rendile, Samburu, and others2. As the number of teen pregnancies increases in Kenya, the number is even worse in the IPs, as most girls are more vulnerable than other girls from other communities.

Once the girl is pregnant, chances of completing her studies are close to impossible as most of the girls come from humble backgrounds and thus, most of the parents/guardians cannot afford to take care of the baby and to pave the way for the young mother to complete her studies. Thus the chain poverty continues as well as high levels of illiteracy in the community. With the efforts to

Among the Ogiek community school, dropouts among young girls in the community are majorly caused by early pregnancies, early marriages, and drug abuse, and negative cultural practices.

Most of the girls in the community who get pregnant in the community are due to a lack of parental guidance on sexual reproductive issues. This is mostly attributed to the high levels of illiteracy among the Ogiek. Secondly, the high levels of poverty in the community, which in many instances the adolescent girls cannot get access to sanitary pads, thus make them seek remedy from the men making the situation worse. Early marriages often proceed the early pregnancies, and with deeply rooted cultures, most of them end up getting married early are forced to undergo the cut.

Apart from early pregnancies being the stimulator for the early marriages, poverty and poor parental guidance also contribute. Additionally, negative cultural practices also contribute to these early marriages as some community members do not value the girl child education and thus often seen in term bridal prices. Further, some of the girls are not aware of their education rights. Another factor contributing to early marriages includes peer pressure, which is mostly attributed to the cultures within the area.

School dropout due to misuse of drug and drug substance is found to be minimal among the Ogiek girls. Thus, a very low percentage of girls get studies halted as a result of drug abuse.

Female Genital Mutilation (FGM) is one of the deeply rooted negative cultural practices and is one of the causes of school dropout among the Ogiek girls. Once a girl undergoes the cut, the next step is getting married, and the idea of going back to school is long forgotten.

In conclusion, the factors stated above, among many others not mentioned, can be reduced by carrying out frequent mentorship on the effects of early marriages, effects FGM, abstinence, and enlightening the community on economic empowerment to reduce poverty levels.