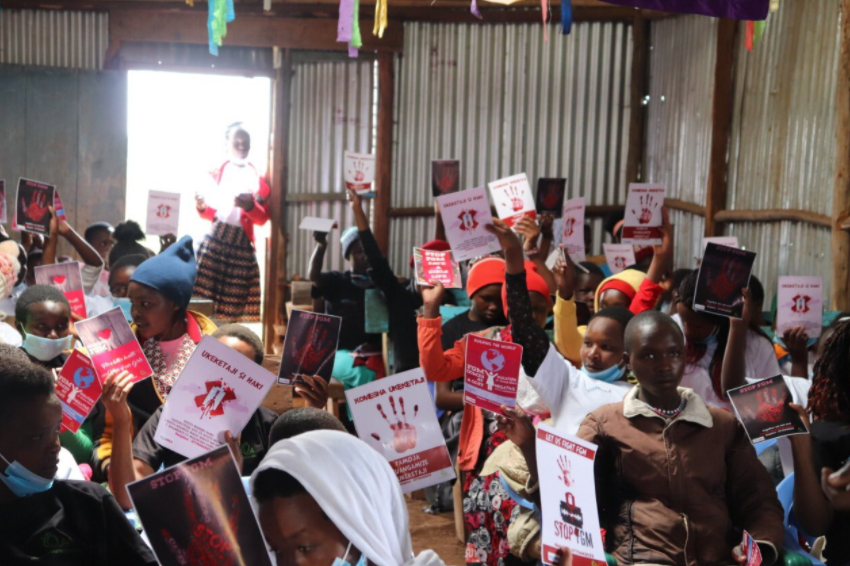 FGM comprises all procedures involving the removal of the external female genitalia or the injury to the female genital organs for non-medical reasons. FGM is the practice that results in multiple challenges to women and it’s a problem in not only in Kenya but also most African countries .It is an act that has received urgent reaction thanks to the current campaign against FGM in Kenya. The President of Kenya seeks to end FGM by 2022.

In Kenya, 4 million girls and women have undergone FGM. Overall, 21 percent of girls and women aged to 15-49 years have been subjected to the harmful practice .Nearly all people in Kenya think FGM should stop.

The type of mutilation practiced and the age at which it is done, vary according to a variety of factors, these includes;

-The women or girls in ethnic group.

FGM is usually performed by traditional practitioners using a sharp object such as a knife, a razor blade, broken glass.

Practice of FGM leads to;

FGM can no longer be seen as traditional custom, it has come to be recognized as a problem in the modern societies and communities. It causes unnecessary health problem (hospitalization costs, time spent healing from it) and the possible loss of life. It has a customary health hazard .Thanks to the current campaign made to stop it all together in Kenya and the community .Though stopping FGM may take subtle to harsh measures, therefore every necessary effort should be made to stop it ultimately.

The pain inflicted by FGM does not stop with the initial procedure, but often continues as ongoing future throughout a woman’s life.

In addition to the severe pain during and in the weeks following the cutting, women have undergone long term effects like physical, sexual and psychological pain.

When giving birth, the scar tissue might tear, or opening needs to be cut to allow the baby to come out.

Research showed that women who had undergone FGM ,had significantly risk for adverse events during child birth and that genital mutilation in mothers has negative effects on their new born babies.

FGM AND THE LAW

Kenya now has more robust legislation against FGM and unfortunately the legislation has not been fully implemented. Prosecutions under the new law are necessary across a wide range of geographical regions so as to help stop FGM. There are various steps that the relevant stakeholders are taking inorder to help stop FGM and they include; Capacity-building, mentorship program to help girls, Anti FGM campaigns to communities, empowerment of girl child through education and CSOs advocacy on FGM